It 's time of Etruscan art. In addition to the exhibition in Rome dedicated to the Etruscans of Cerveteri, in Cortona is scheduled until July 31, another important initiative. Cortona is a beautiful town in Tuscany, a few kilometers from Umbria and Lake Trasimeno. For this exhibition the British Museum has lent many pieces Etruscans. 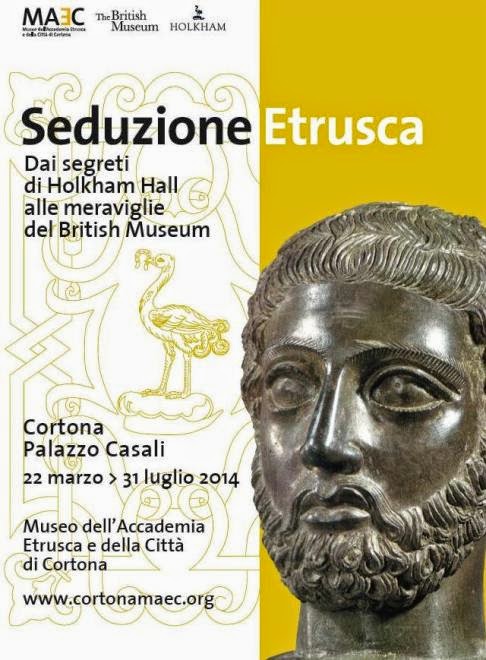 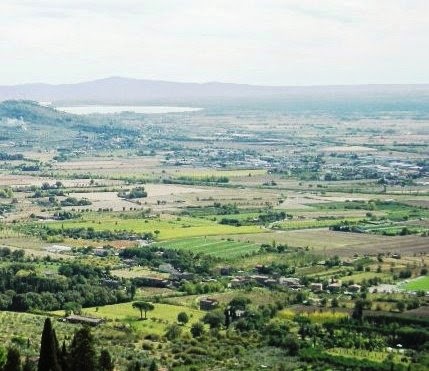 the landscape and the lake Trasimeno, photo a.p. 2011 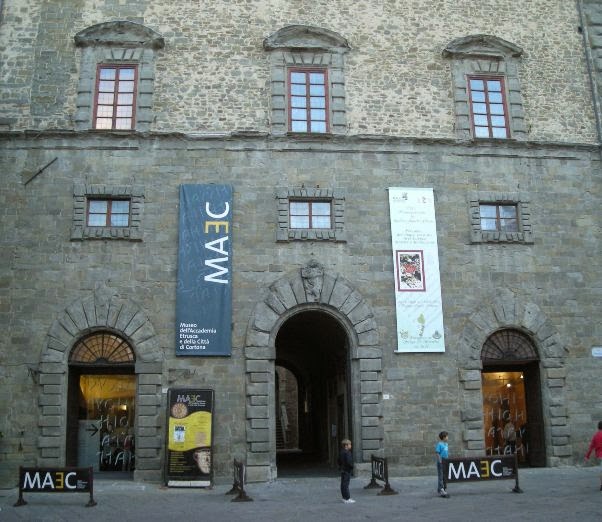 Cortona is a town of Etruscan origins and many objects are visible in the MAEC museum and the ancient Etruscan Academy. In the district of Camucia there are also some Etruscan tombs. 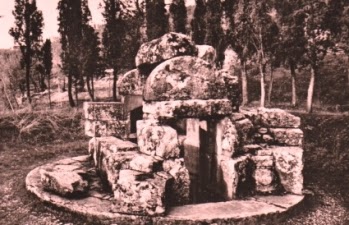 Etruscan tomb in an old photo
In 1840, some residents discovered a famous and big chandelier in bronze.

Sometimes in museums Cortona tourists can see works of Etruscan art that have long been in foreign countries. This time, visitors can see nice objects from the British Museum.
Many works of Etruscan civilization were purchased  three hundred years ago by Thomas Coke during his stay in Florence and Rome. In the exhibition are also documented studies that  Thomas Dempster reported, ​​on behalf of Lord Coke, with the book very rare and precious De Etruria Regali. 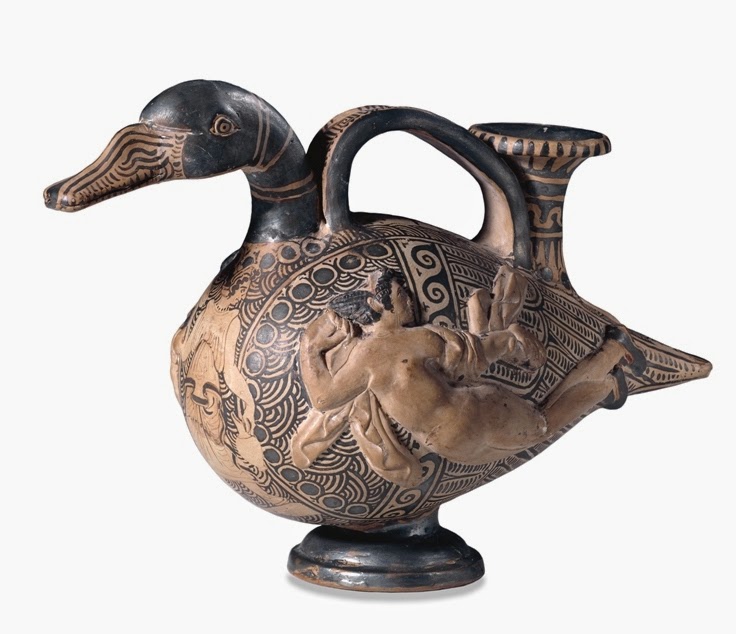 Askos, duck. From the British Museum
photo by the press office of the exhibition 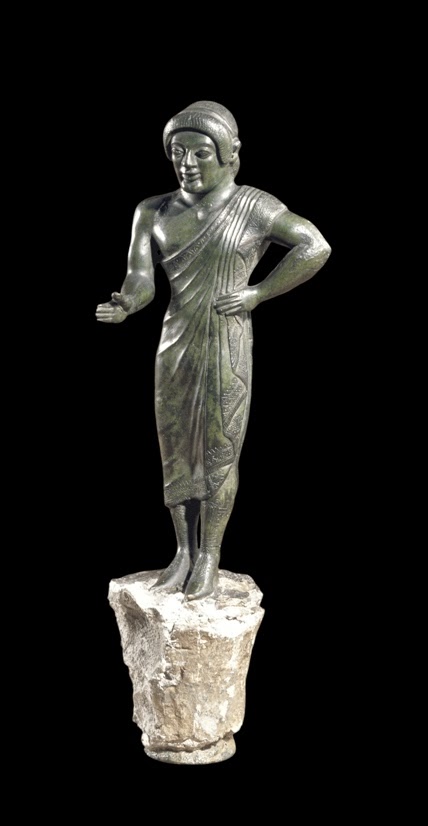 Etruscan statue of a young man, from the British Museum
photo by the press office of the exhibition 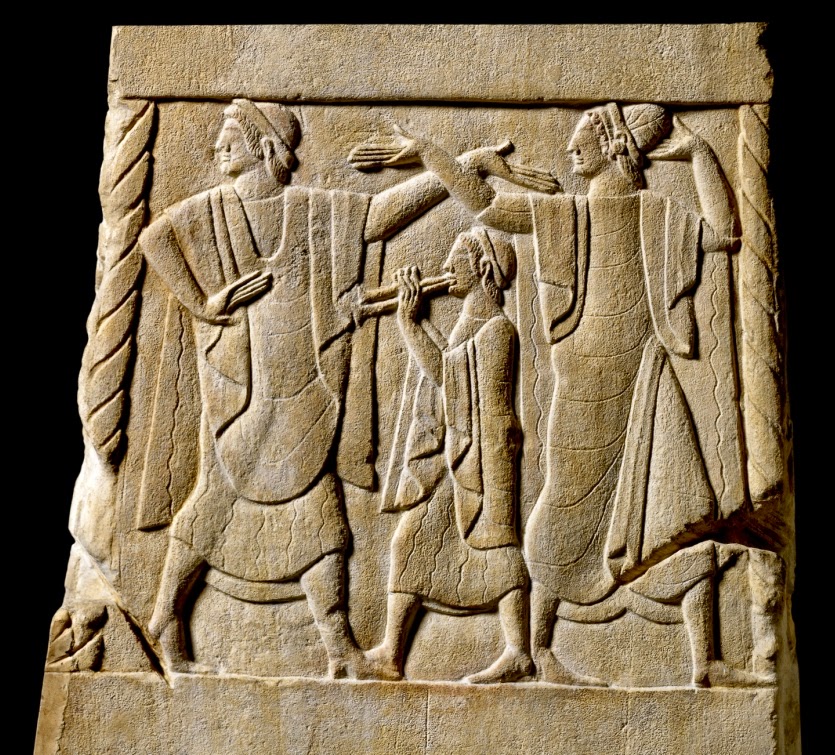 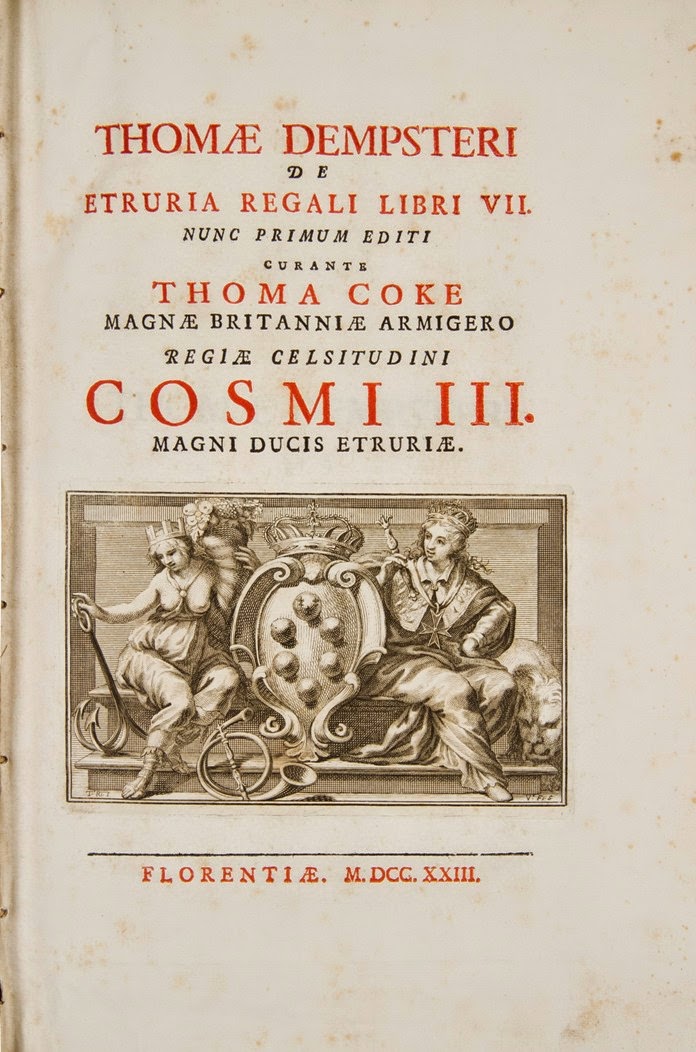 De Etruria Regali, written by Thomas Dempster in Pisa between 1616 and 1619,
but published in Florence  between 1720 and 1726
Photo by the press office of the exhibition

To read more: Etruscan Enchantement Maec Cortona
°°
Tourists love very Cortona and the many works of Renaissance art that can be seen in museums and churches. 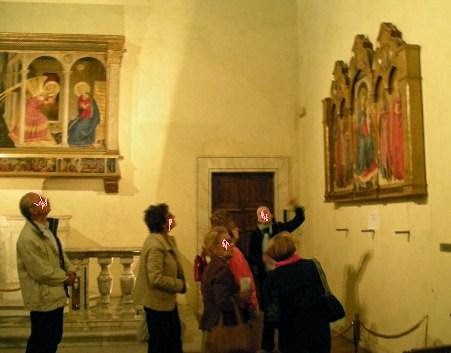 Some great artists were born in Cortona. But many tourists admire a large painting by Fra Angelico. For more, see article and some photos (Cortona art )
For some time tourists arrive in Tuscany with low-cost flights arriving in Pisa or other cities. Some trains stop at stations Cortona-Camucia or Terontola-Cortona but the town is in the high position. So you have to take a bus or book a taxi.
For those who love the Etruscan history are other important destinations in Volterra, Tarquinia, Perugia, Vatican museums, Orvieto, many Etruscan sites in Lazio, etc