Since May 10, 2015, tourists can visit the garden attached to the ancient pharmacy of Santa Fina in San Gimignano. 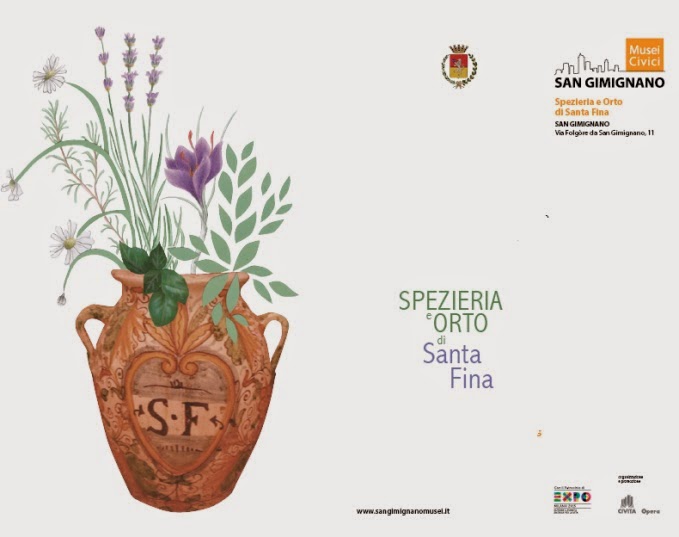 Architects, archaeologists, botanists and gardeners, worked several months to evoke in the green spaces of the garden appearance, the atmosphere and all the characteristics of the old Pharmacy.
The pharmacy and the hospital attached were founded in the thirteenth century and was dedicated to St. Fina, famous woman also remembered with the frescoes by Ghirlandaio in the cathedral of San Gimignano. 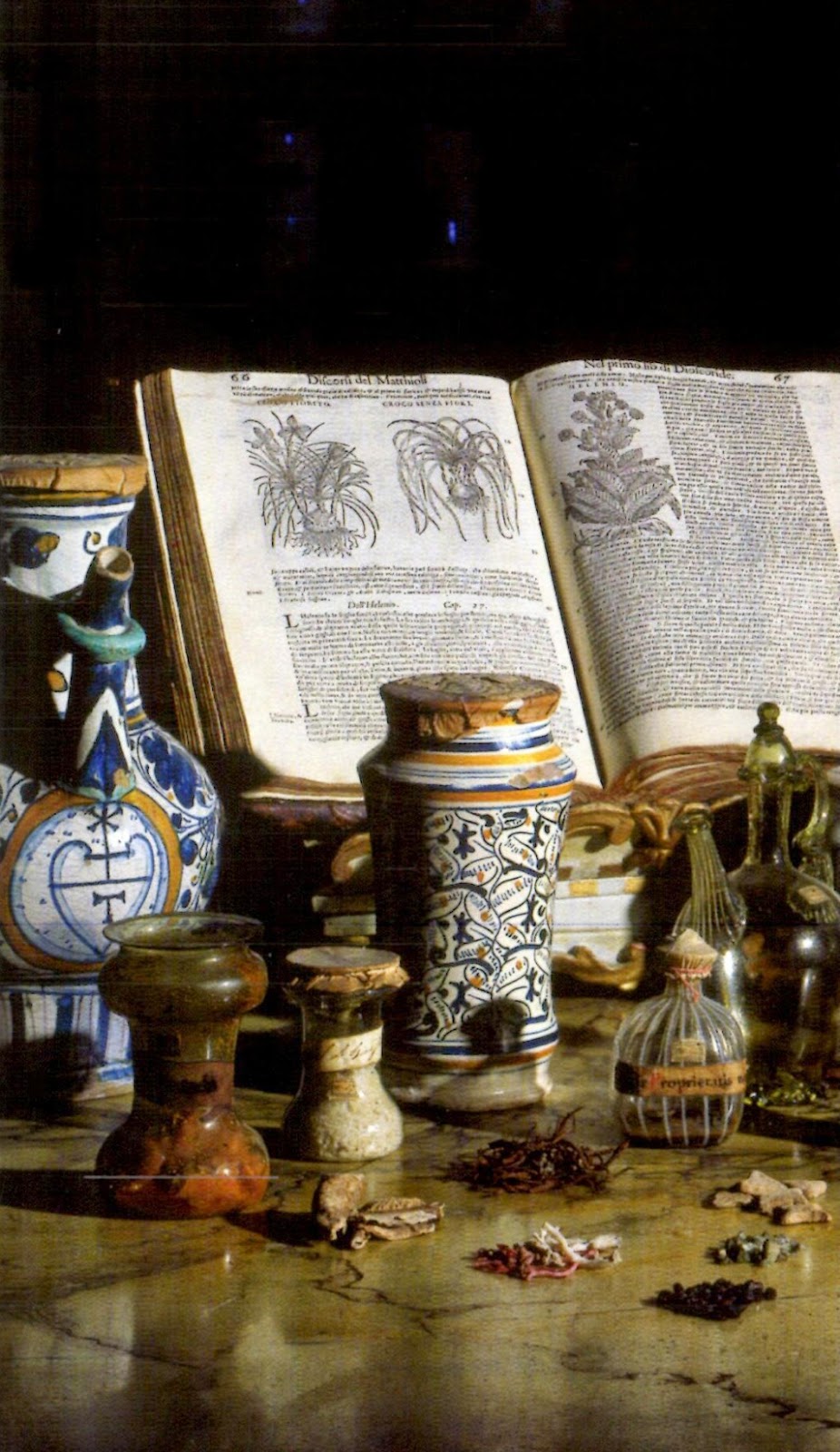 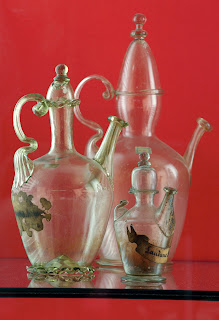 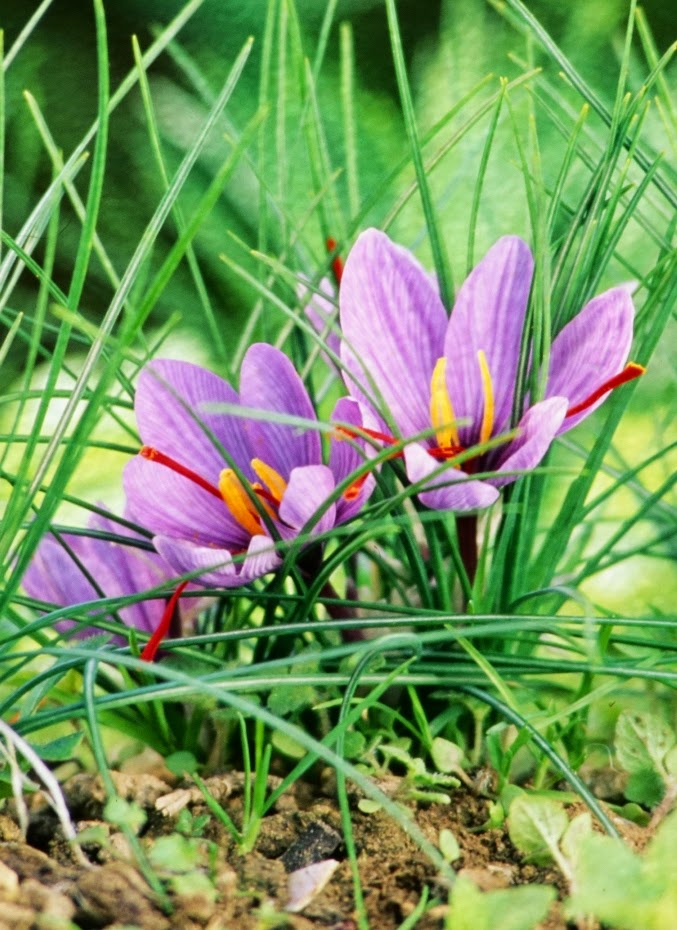 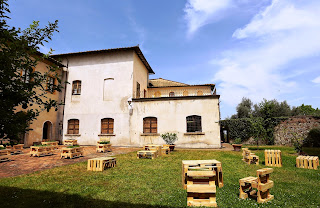 Obviously we know that tourists are always fascinated by the medieval-looking town. Several people then enjoy the local wines. San Gimignano is not far from Siena and many other beautiful places in Tuscany. 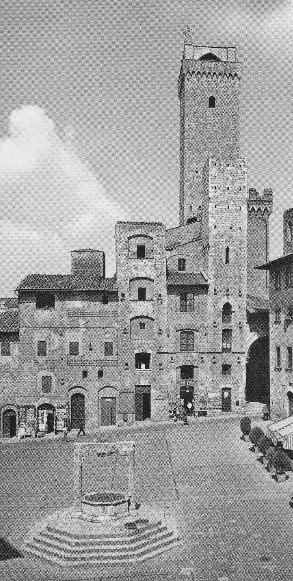 the center of San Gimignano-Tuscany 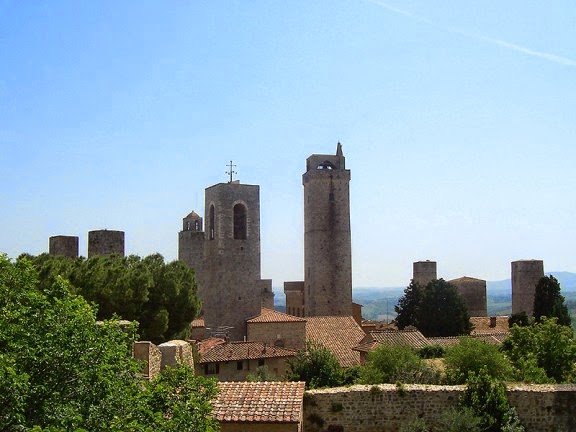 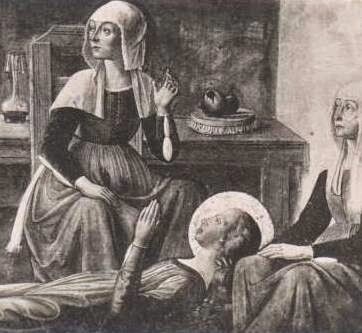 detail of a fresco by Ghirlandaio in the Chapel of Santa Fina
In the cathedral there are several works of art. 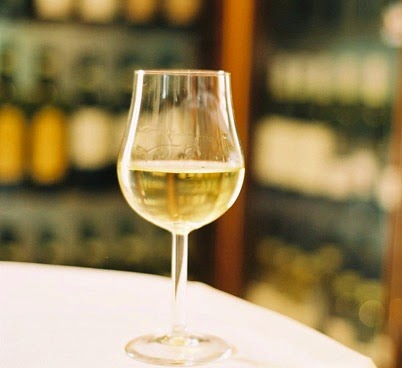 Vernaccia,  the good wine of San Giminano
In the future near the garden of Santa Fina organizers will propose occasionally  tasting of wines and other food products by this country.  Vernaccia wine was also appreciated in the Middle Ages to the tables of princes and knights

books by Alpav in Lulu

Flowers and architecture in Tuscany. Pienza and around

In the beautiful town of Pienza and in the nearby Val d'Orcia, tourists will see from 1 to 10 May 2015 many flowers that decorate many places in the area.
Pienza was founded as the ideal city of the Italian Renaissance and therefore its palaces and churches are really interesting. For the construction of the main buildings in this city, the architect Bernardo Rossellino (1409-1464) worked for some years. The idea of building cities according to criteria Renaissance pervaded many artists but practical achievements were few. 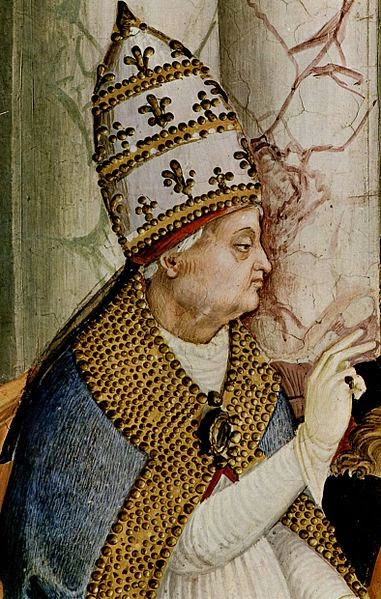 Enea Silvio Piccolomini, later Pope Pius II, was the mastermind in the construction of Pienza
fresco in Siena by Pinturicchio -photo wikipedia 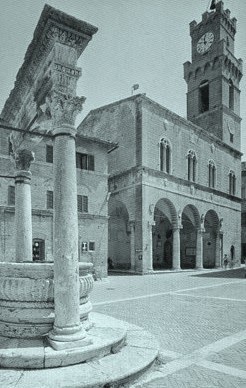 the center of Pienza 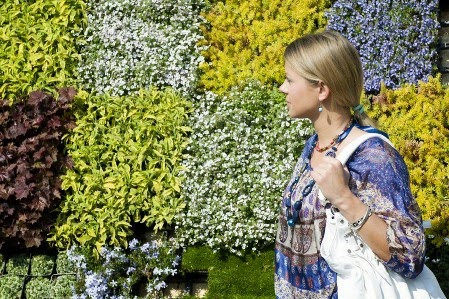 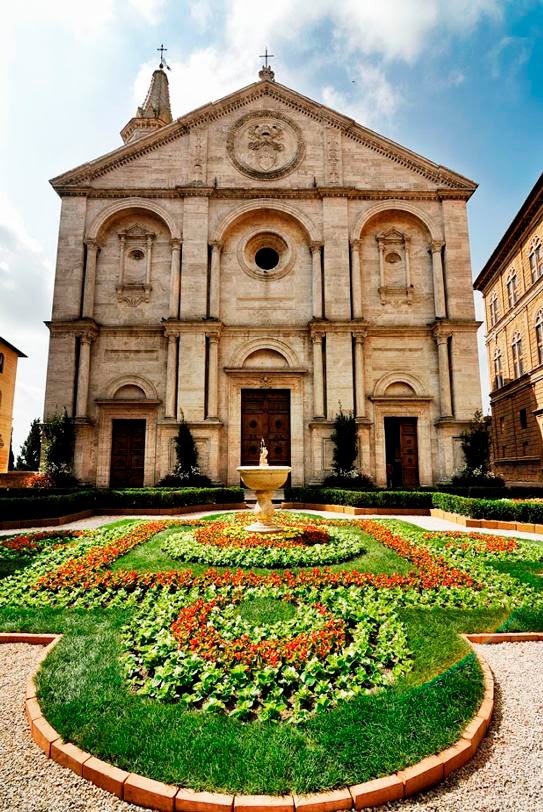 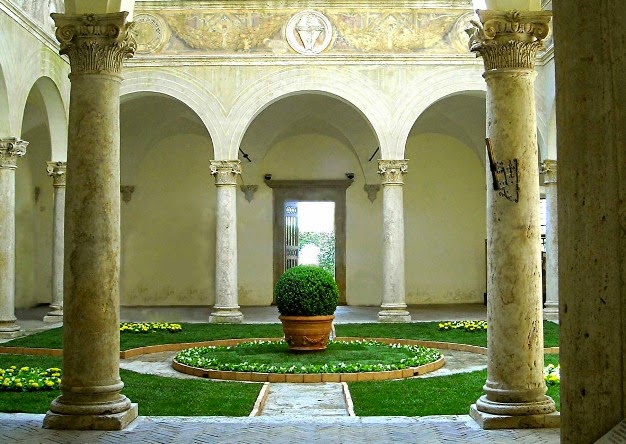 In Pienza are several places to visit and you can also see some interesting works of art.
At the event of May 2015 the organizers will exhibit also a nice little known painting that was created by the artist Nicolas van Houbraken (1668-1723).
Nearby, tourists can also visit: the Leonini Horti in San Quirico d'Orcia, the park Palace Massaini etc. 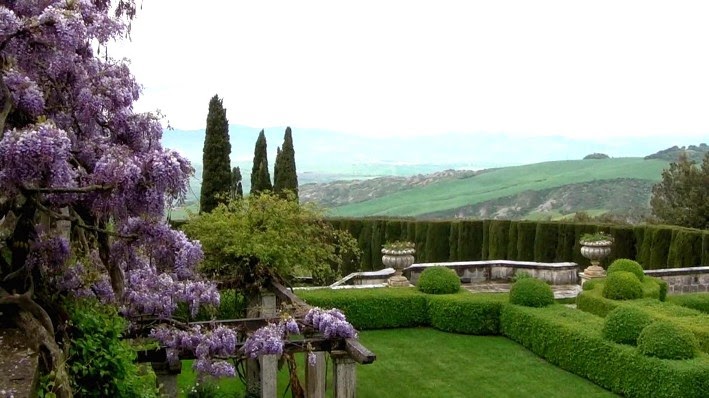 On other occasions, nature lovers can make a path with an old train called "Terre di Siena, treno natura" 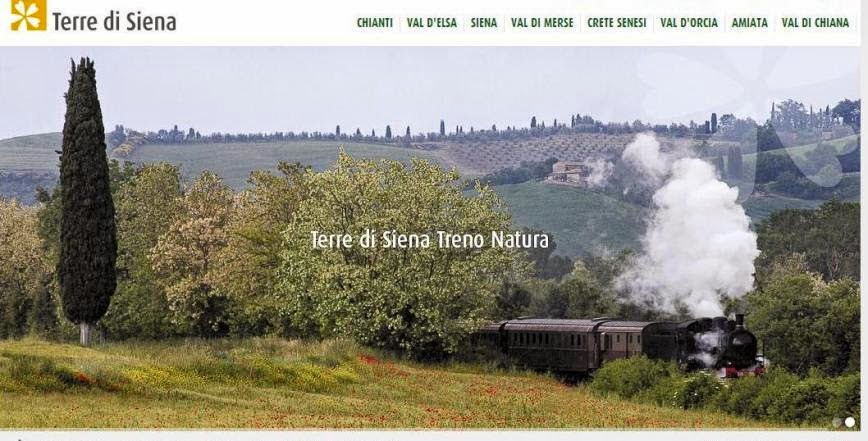 to know some about this old train, read on the web

It should not be forgotten that these lands were involved ancient Via Francigena.  In San Quirico d'Orcia,  Pienza and Montalcino there are some very interesting old churches. In the area of Siena there are also special hills, called "Crete Senesi"  (Sienese clays). Finally are notable the landscapes of Mount Amiata and the "Abbadia San Salvatore".
There are many reasons for a trip to this area. And the cuisine has its importance. 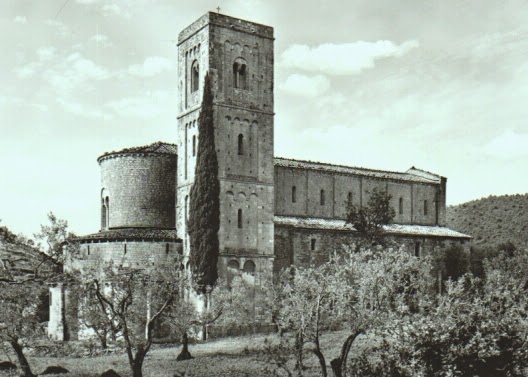 Abbey Sant Antimo in the beautiful nature of the Tuscan hills 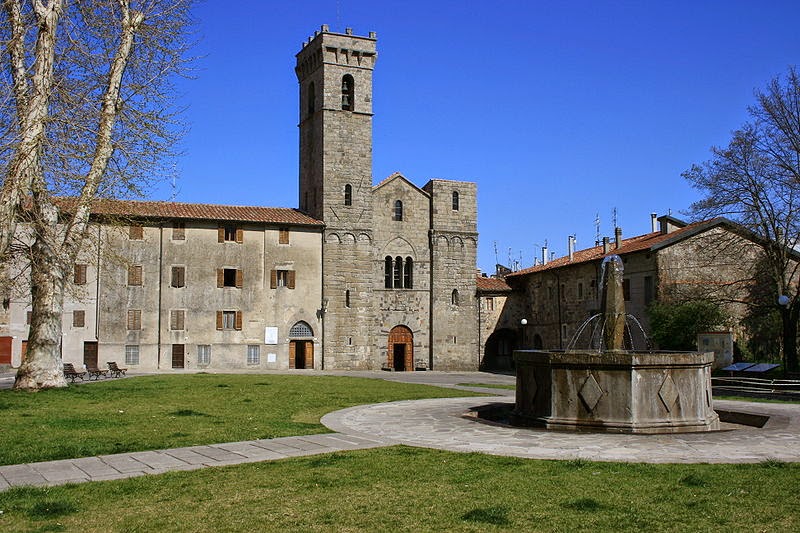 The Miradolo Castle not far from Turin, is hosting an exhibition dedicated to some paintings of St. Sebastian. The castle is in the area of ​​Pinerolo and also has a nice park. 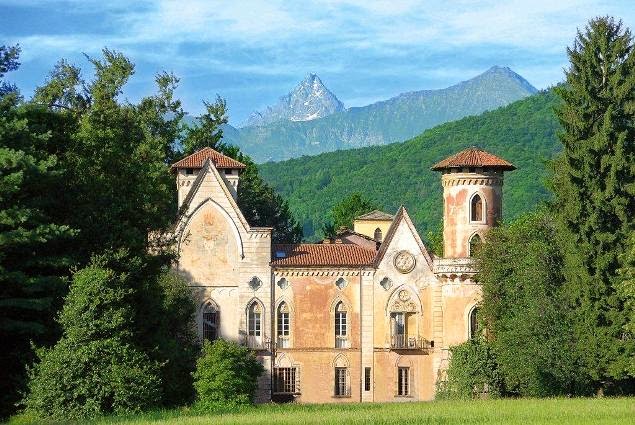 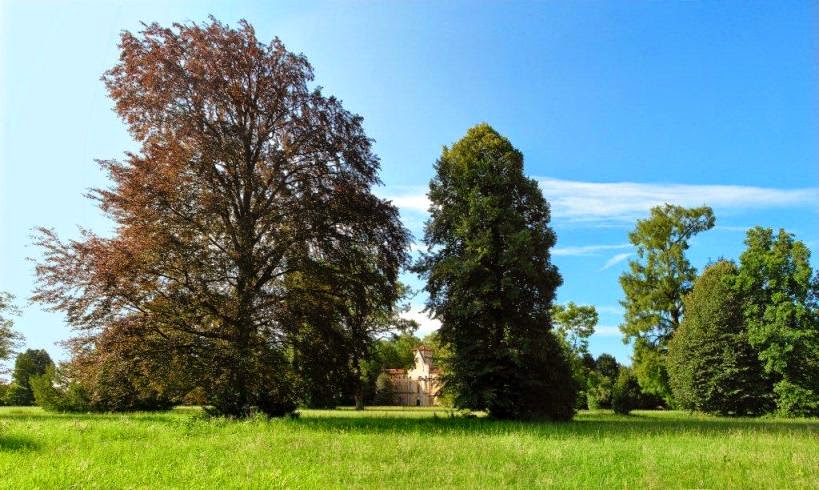 photo of the Foundation Cosso

In the exhibition, visitors can see several paintings made between the XV and XVII. 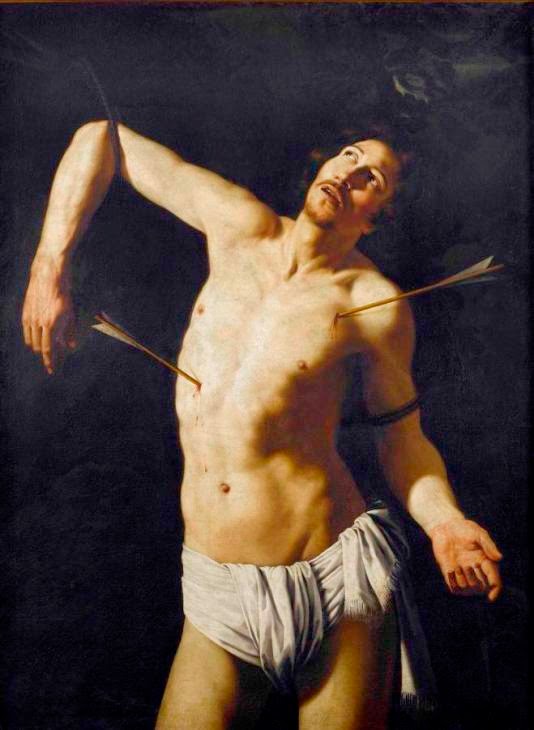 Other interesting paintings are attributed to artists Cola dell'Amatrice, Carlo Crivelli, Rubens, Guercino, Guido Reni, Mattia Preti, Luca Giordano, De Ribeira etc. It 'also visible a ceramic statue of Andrea della Robbia. The exhibition will be open until the first week of March 2015. The initiative is organized by the foundation Cosso, by Vittorio Sgarbi, with the collaboration of Antonio D'Amico
The memory of St. Sebastian regard some old events in this area of Piedmont.
In the castle there are also a cafĂ© and other visitor services.
°°°
It should be noted that the nearby town of Pinerolo belonged for a long time the king of France.

Because of its location the fortress of Pinerolo was often used as a prison for important personages in France.

From June 10 to November 2 in Florence at the Silver Museum, people will see the beautiful decorations of the chapel of the Grand Dukes of Tuscany realized in the years 1550-1620 about.
In this chapel were kept important relics and decorations were made by some artists. 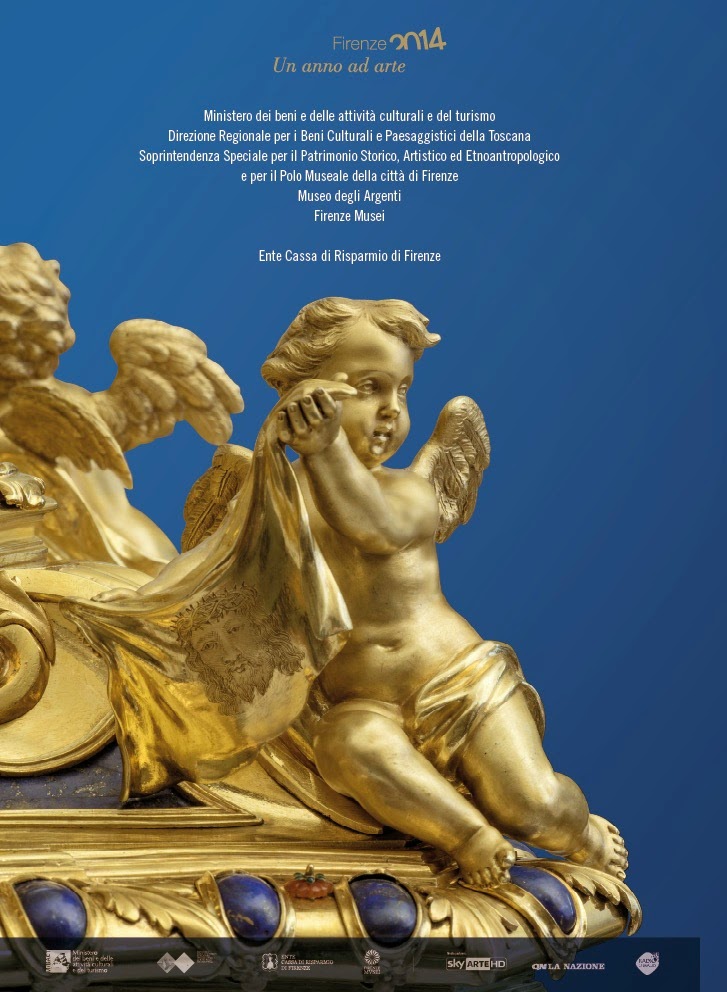 An important section of the exhibition concerns what was collected by Mary Magdalene von Habsburg. 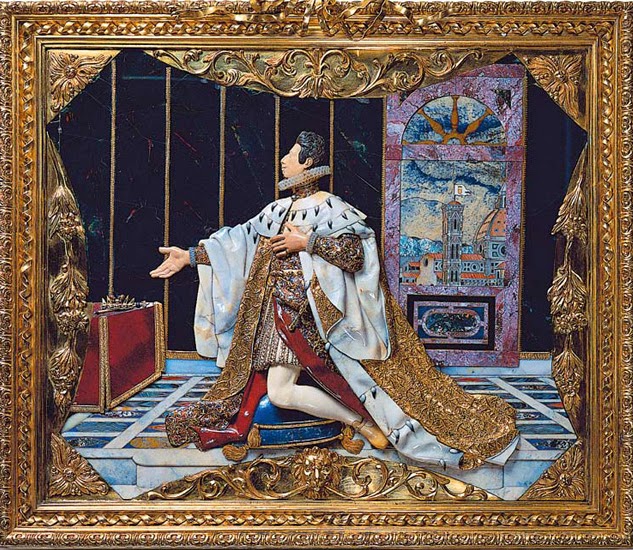 one of the precious works of the exhibition at the Museum of Silver
picture by "un anno ad arte" /Civita
°°
The Silver Museum is housed in a wing of the Palazzo Pitti. In the permanent collections of the museum are preserved antique silver objects, jewelry, antique cameos, fine china etc.. 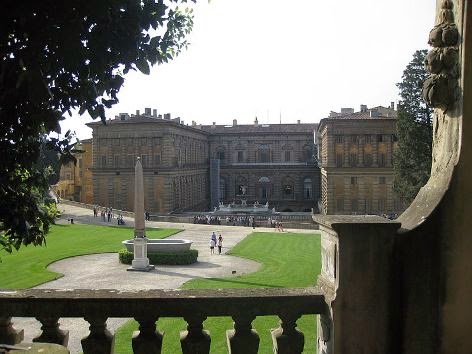 After the visit to the exhibition obviously should also see the beautiful Boboli gardens.

In Florence, from July 5 to September 5, in the Boboli Gardens and the Forte di Belvedere is also scheduled "vegetable Perspective" by Giuseppe Penone.
The intent of this exhibition is to combine art and nature. The sculptor Penone is originally from Turin. 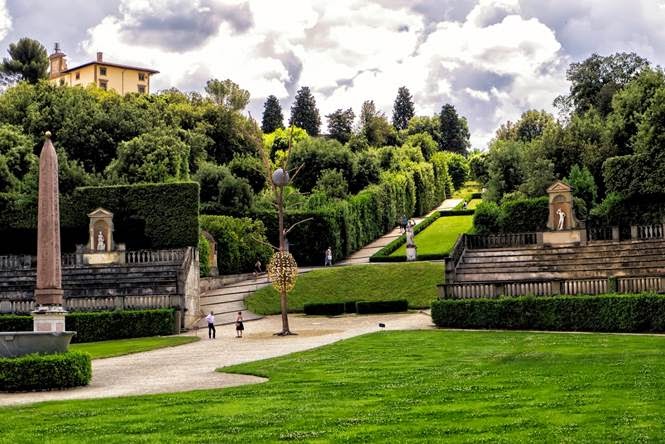 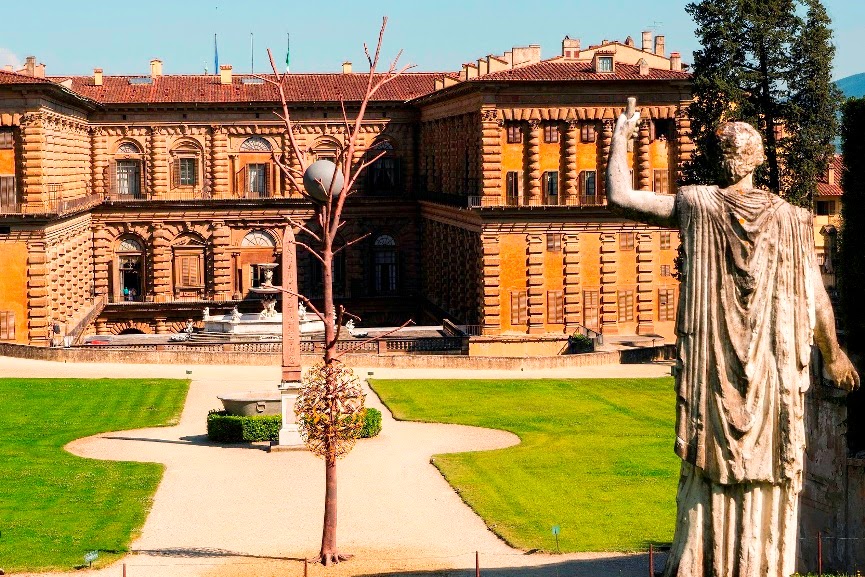 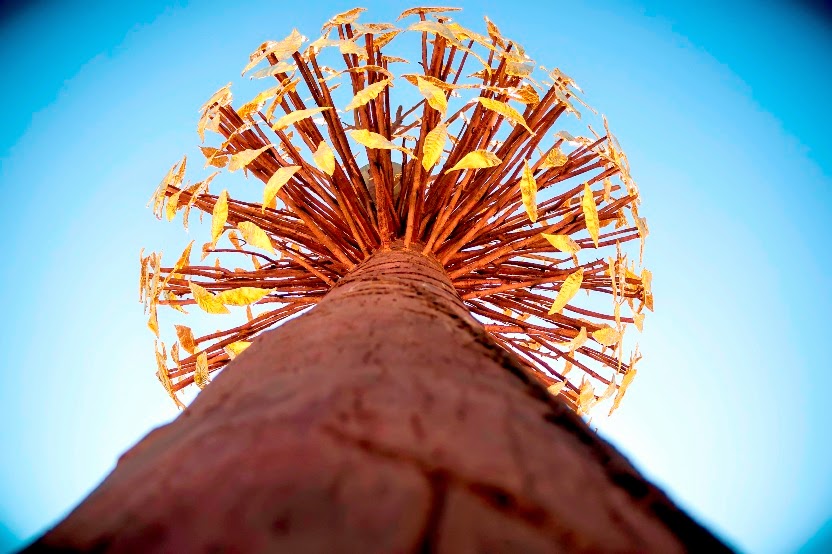 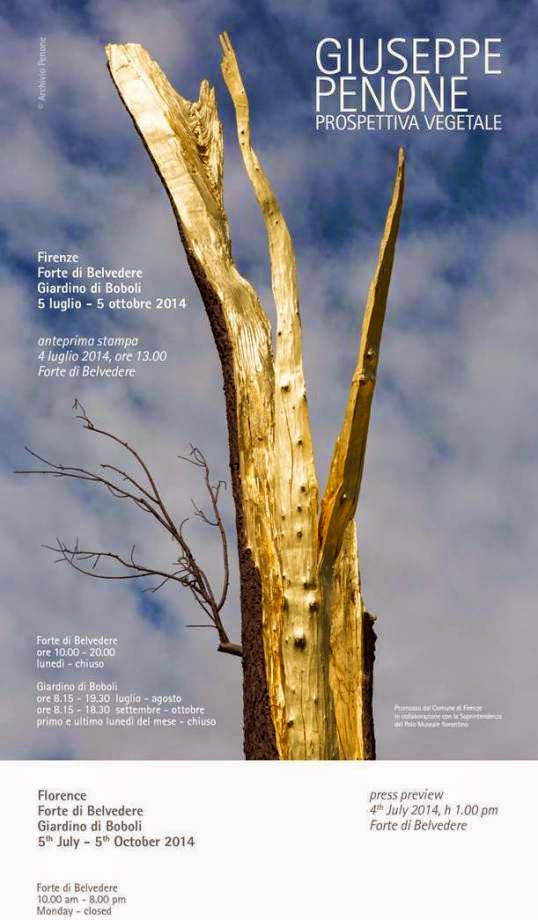 BOOKS BY ALPAV SOLD IN LULU.COM

a few photos are edited by Civita