In Bologna, tourists can admire many interesting buildings and beautiful artwork. Many important artists were born in or near Bologna.  Particularly important was the role of the Bolognese painters of the sixteenth and seventeenth centuries. We remember some names: Guido Reni, Domenichino, the brothers Agostino and Annibale Carracci and their cousin Ludovico, Francesco Albani, Guercino and many others. It is easy that people remain surprises.  Also the cultural institutions of the city often propose interesting art exhibitions and every year in Bologna the ARTEFIERA international fair of modern and contemporary art. 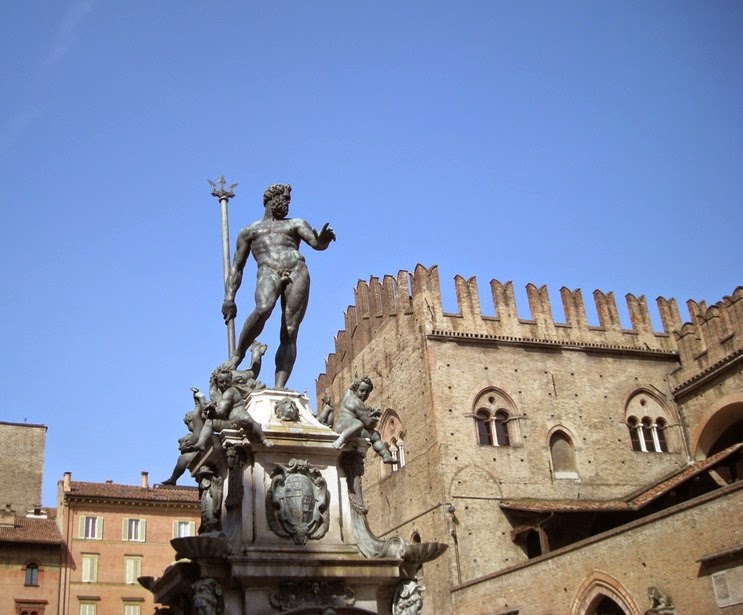 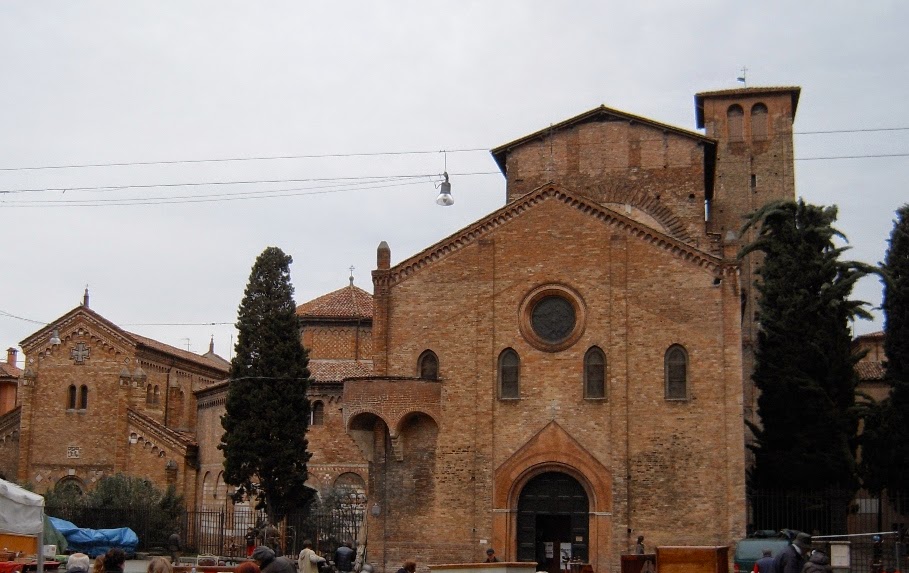 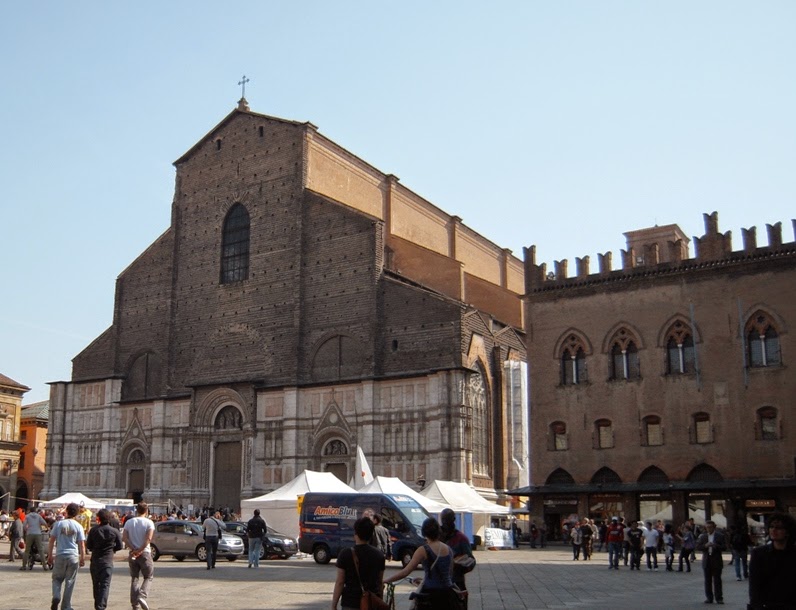 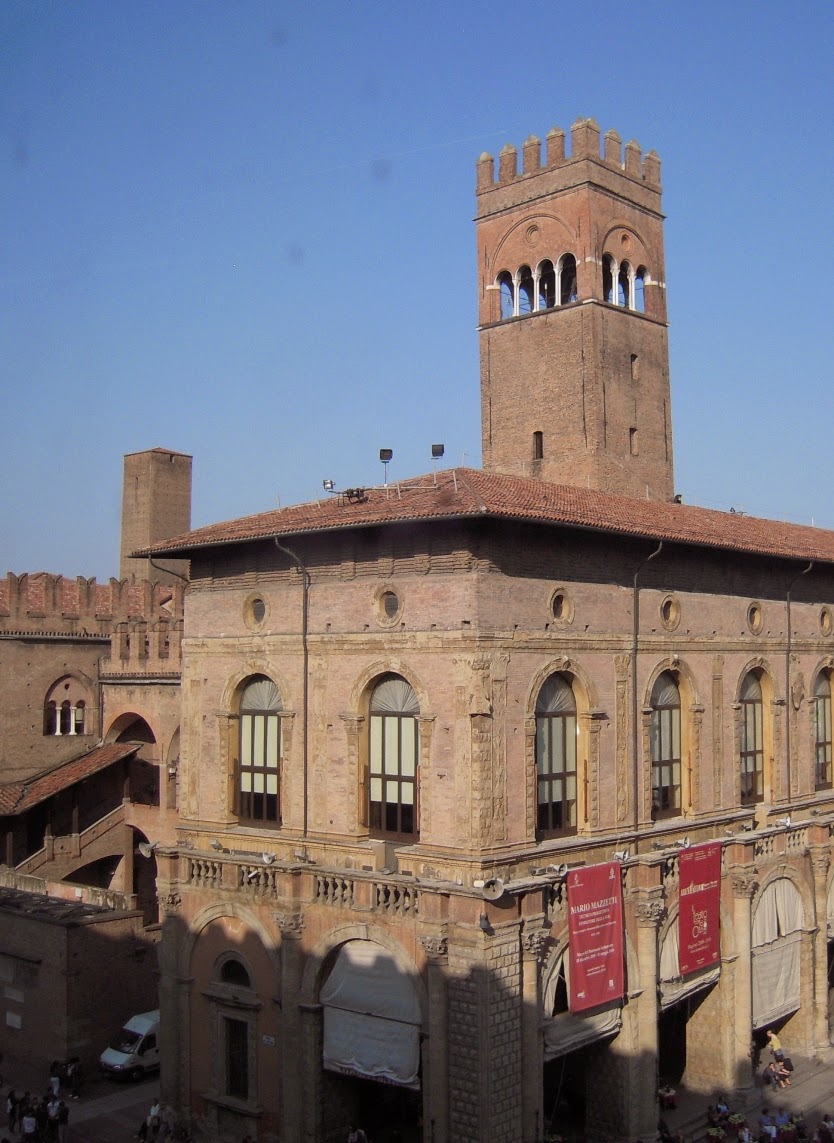 old palace in the center -photo Luciano B 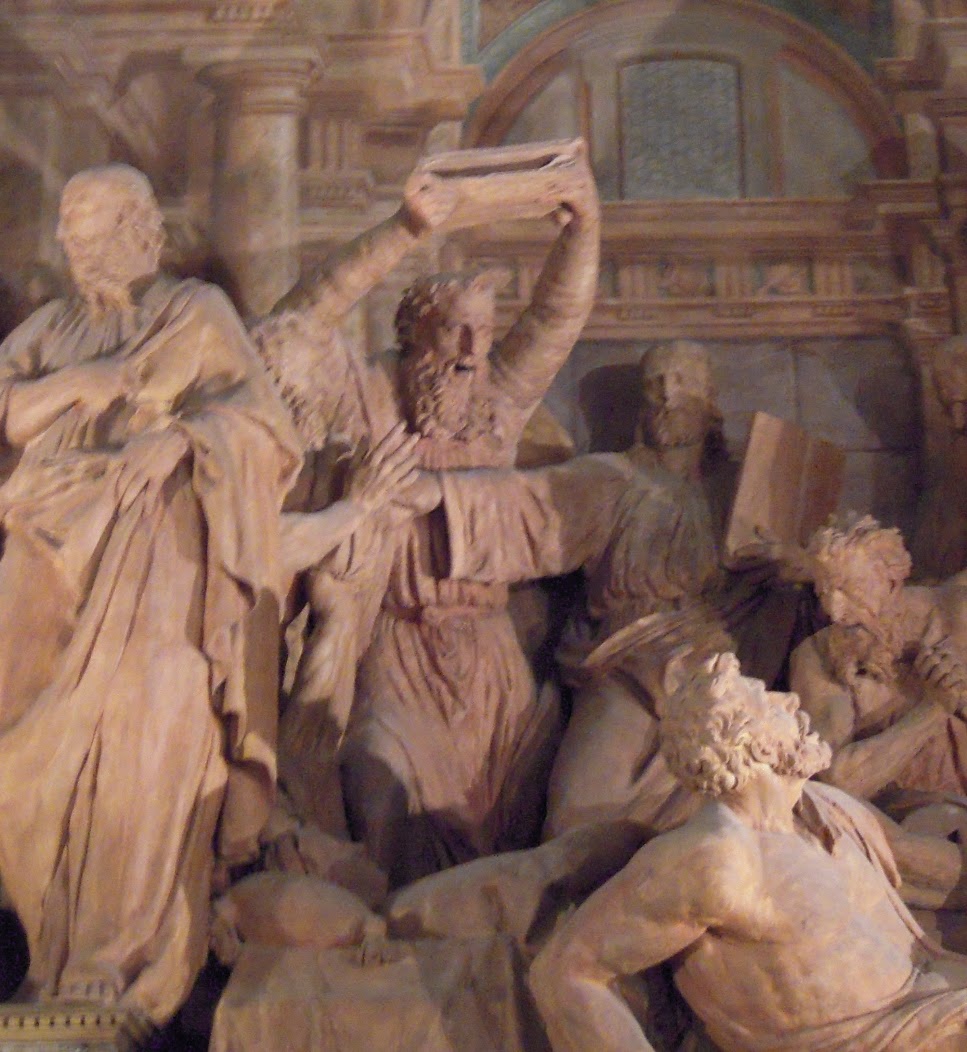 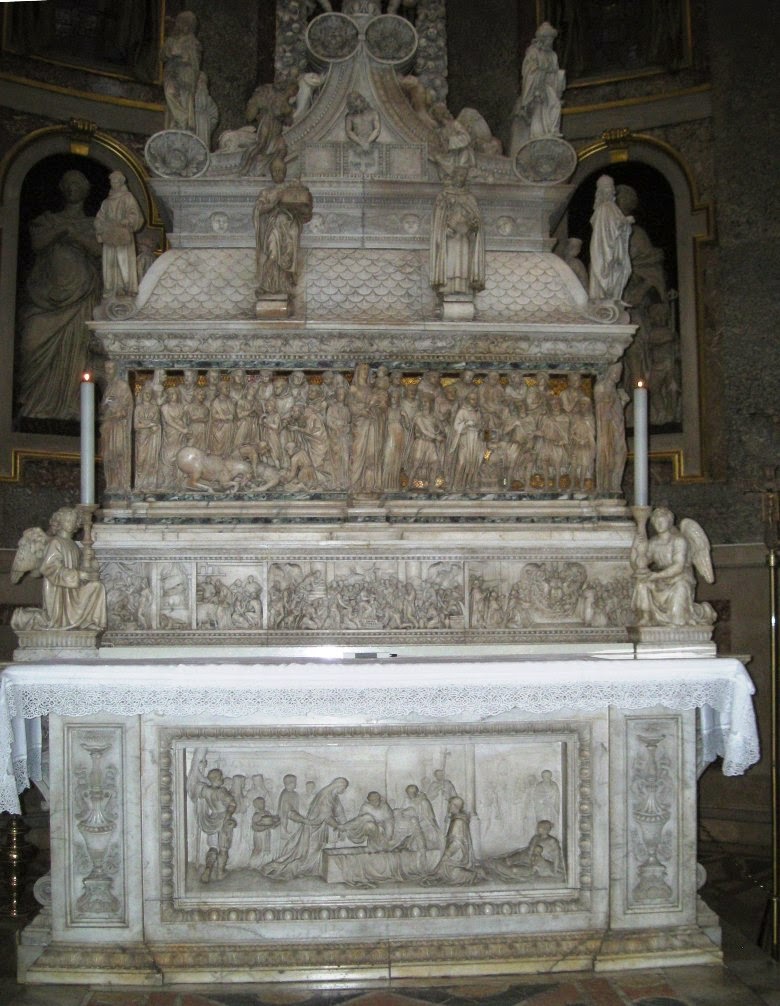 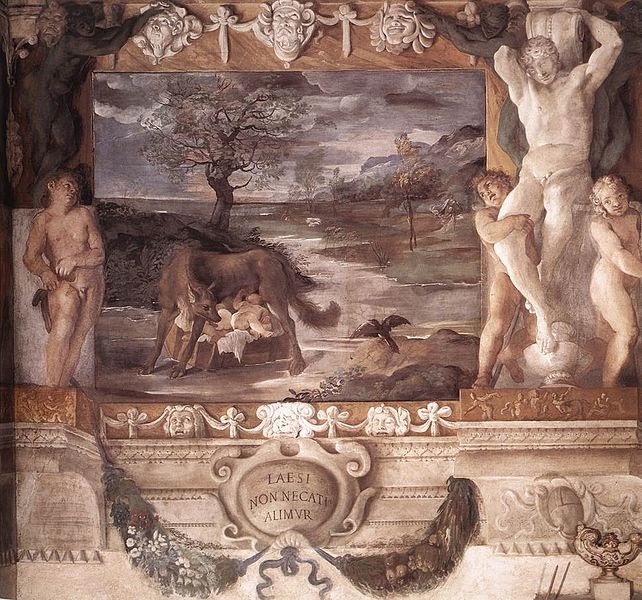 fresco by Carracci in old palace -photo by wikipedia

important exhibition "from Cimabue to Morandi"  from February to May 2015
The exhibition is on view at Palazzo Fava. The curator of the initiative is Vittorio Sgarbi

The Bolognese gastronomy is of course well known .Finally, we must not forget that in the city since the Middle Ages worked a prestigious university.
°°
Articles in Italian to know better:
Bologna in the Middle Ages
Sculptures in Bologna 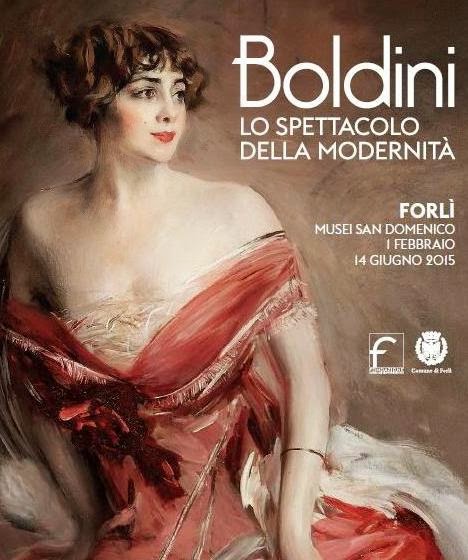 In the city of Forlì is open from February 1 to June 15, 2015 a major exhibition on the paintings of Giovanni Boldini (1842-1931).
This Italian artist attended many artistic circles of Paris and his art is known in Europe. Boldrini was also a friend of Edgar Degas. His paintings are in museums Italian, French,etc. 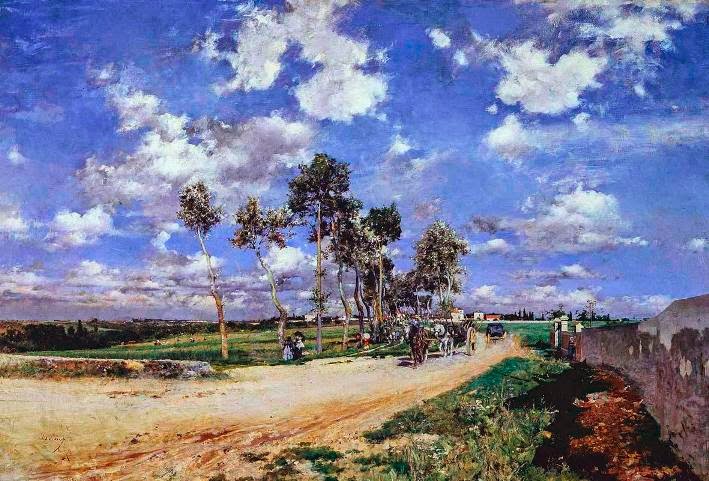 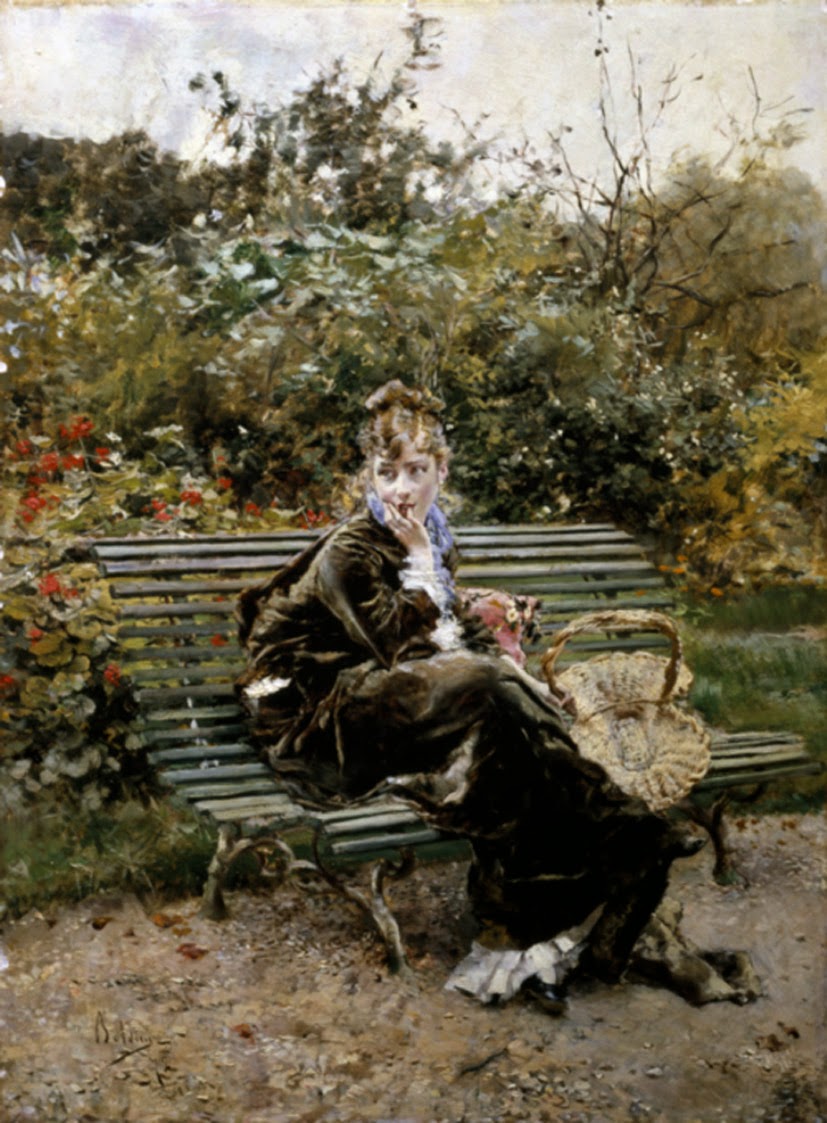 Forlì is a nice town of Romagna region with interesting monuments since Roman times. Forli is not far from the Adriatic Sea and the city as Rimini and Ravenna. In San Domenico Museum there are many works of art. 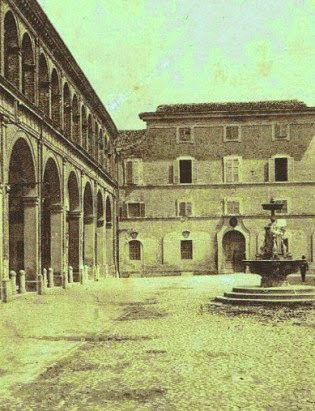 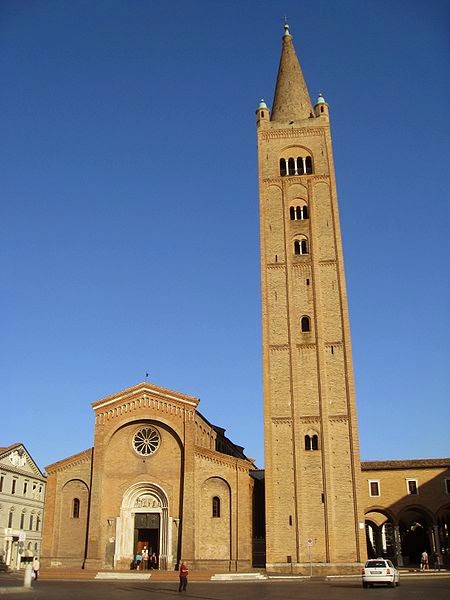 Parma is a very nice city in Emilia region. This italian city is very famous for art and for food (ham, cheese, tortellini and more) made ​​by the inhabitants.
Great artists have worked in Parma and tourists must remember the following names: Antelami, Correggio and Parmigianino.
In Parma there are many monuments and several museums. In this blog we expose some photos. 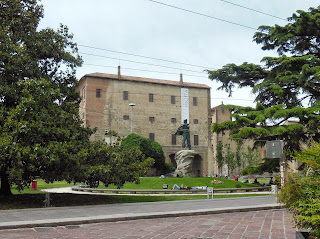 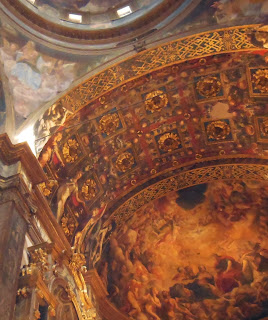 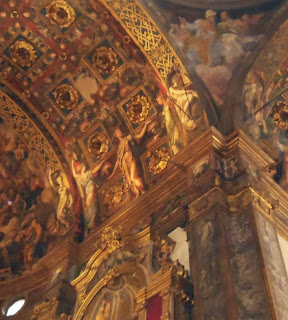 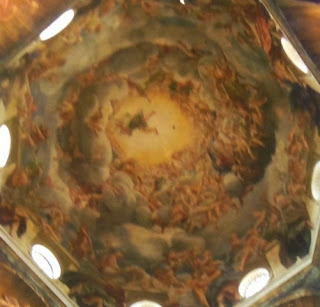 The painting by Correggio in the cupola of the cathedral 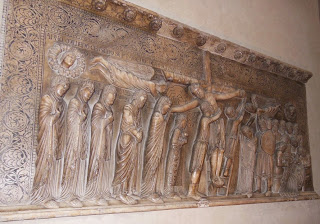 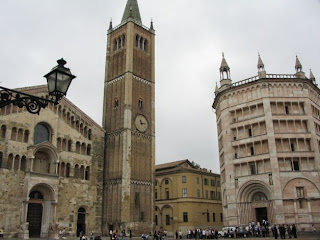 The tourists, however, should not forget to visit the church of San Giovanni Evangelista, beautiful rooms painted by Correggio in the monastery of St. Paul, the art gallery, the Farnese Theatre and other landmarks. Tourists who stay several days it is advisable to listen to the opera by Giuseppe Verdi.In the restaurants of Parma there are many good things and maybe some tourists will buy the famous Parmesan cheese or some good jam.
°°
Article in italian language: Parma and baptistery