Lucca is an ancient and beautiful city in Tuscany. In ancient times before the Romans was inhabited by the Etruscans. Lucca was an important center in the Middle Ages, and for some time was also independent. Over the centuries in this city were also built many beautiful churches. Now we will mention a few. 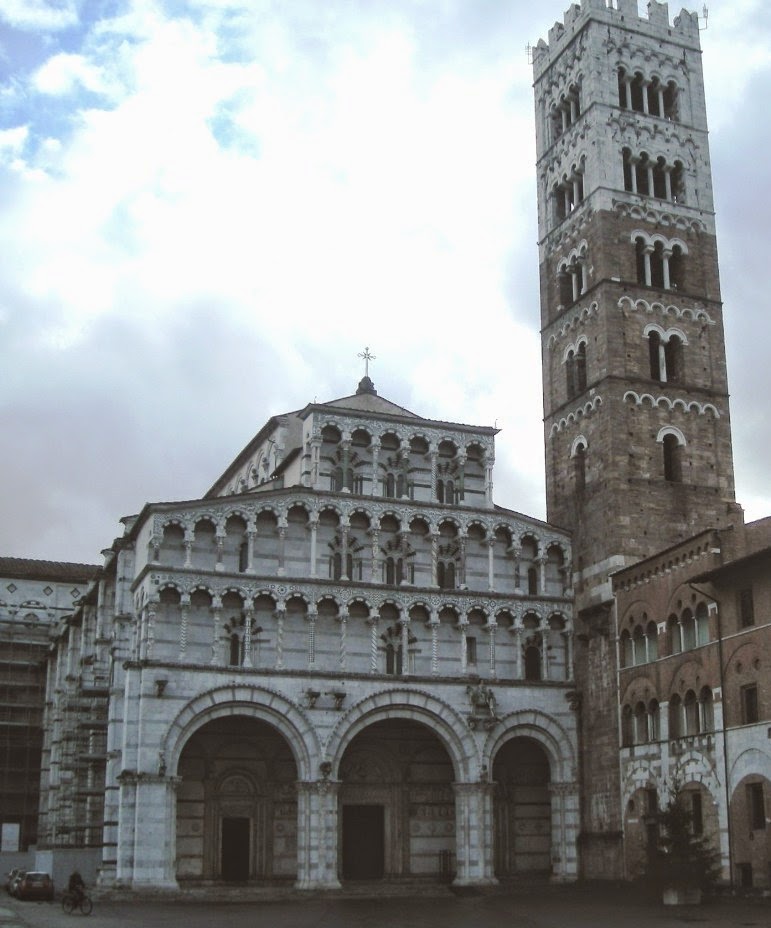 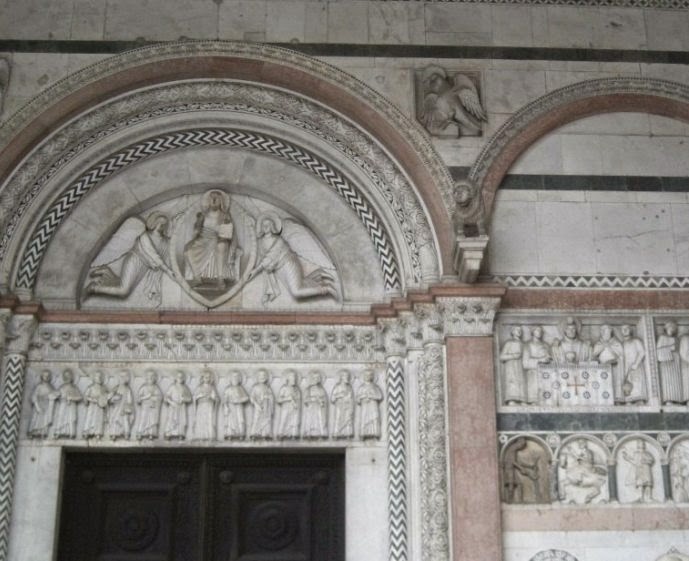 decorations in the entrance of the cathedral-photo by ap 2012 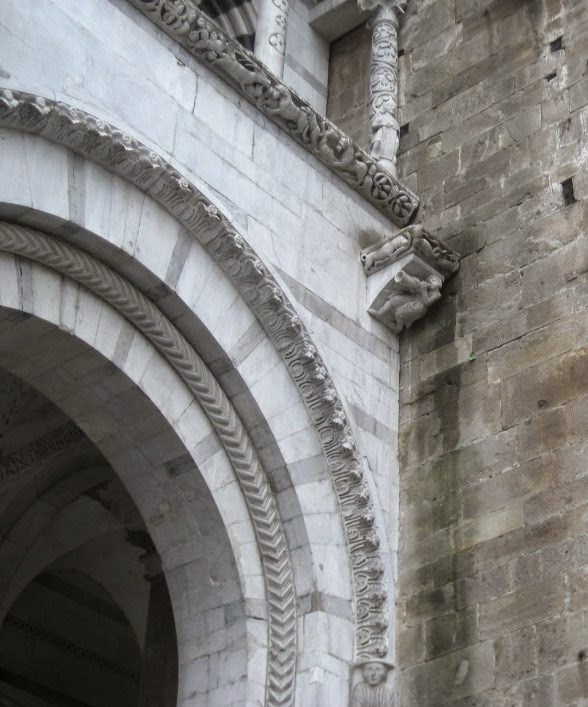 detail of the facade of the cathedral -photo by ap 2012

Inside the cathedral there are many works of art but tourists admire the very famous  tomb of Ilaria del Carretto by Jacopo della Quercia. On the facade of the cathedral curious people observe a strange design with a labyrinth. 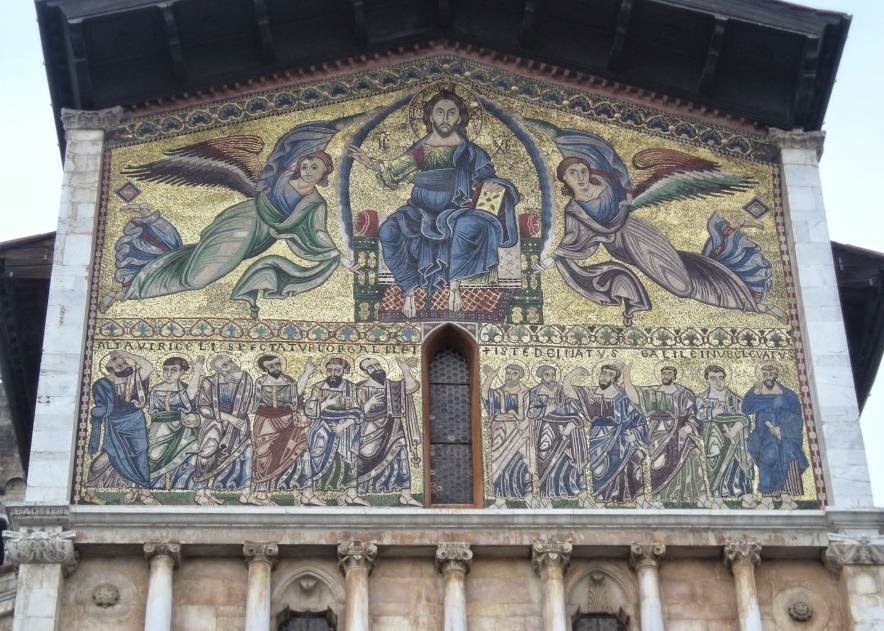 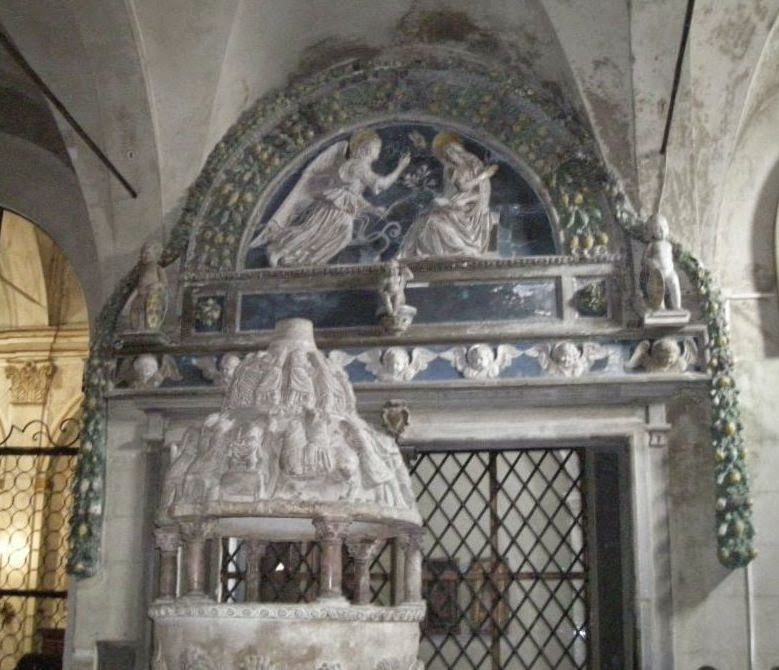 inside the church of San Frediano-photo by ap 2012 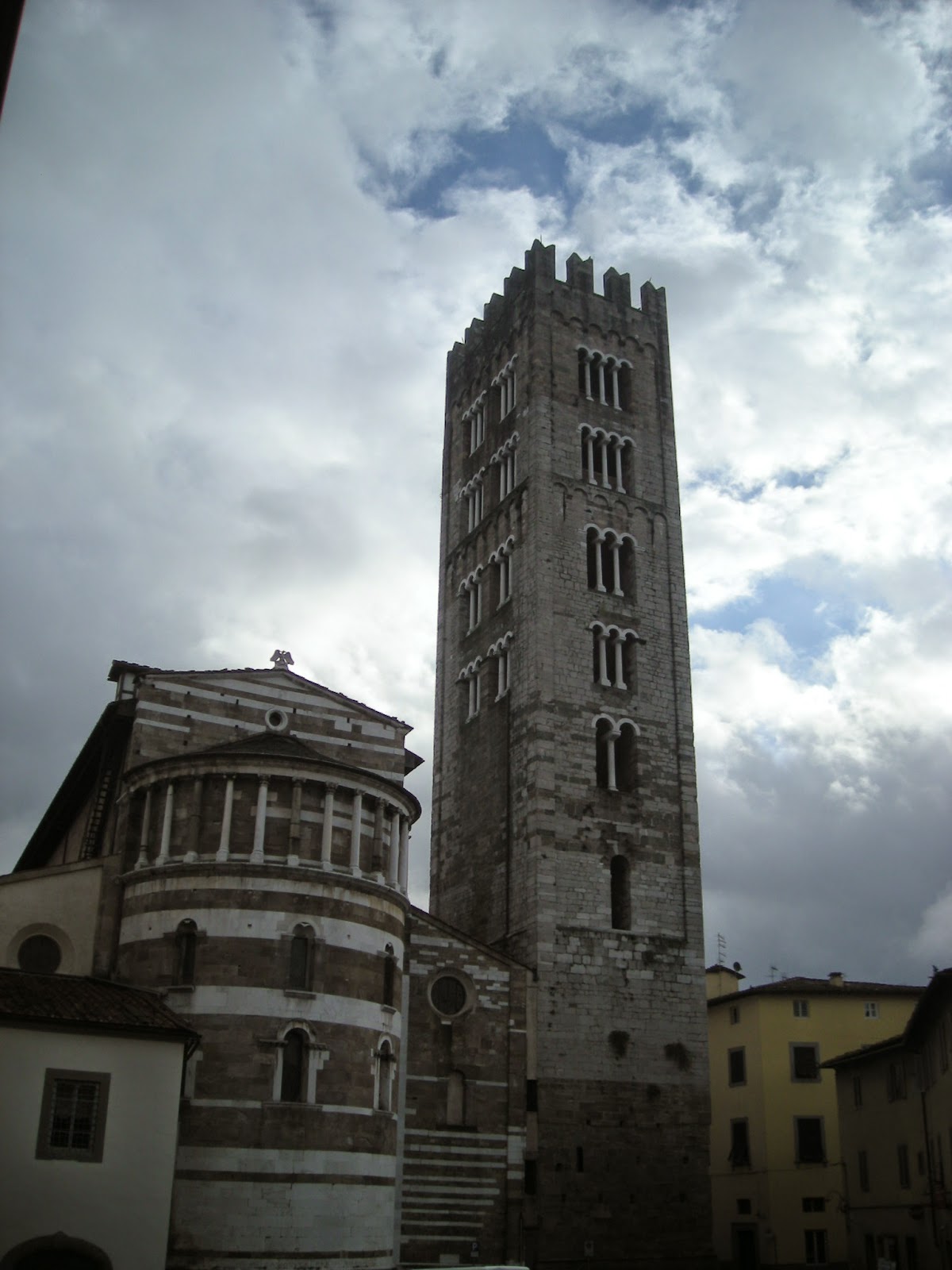 Even in this church there are sculptures and frescoes of the Renaissance. Interested readers can also see the page: Basilica di San Frediano 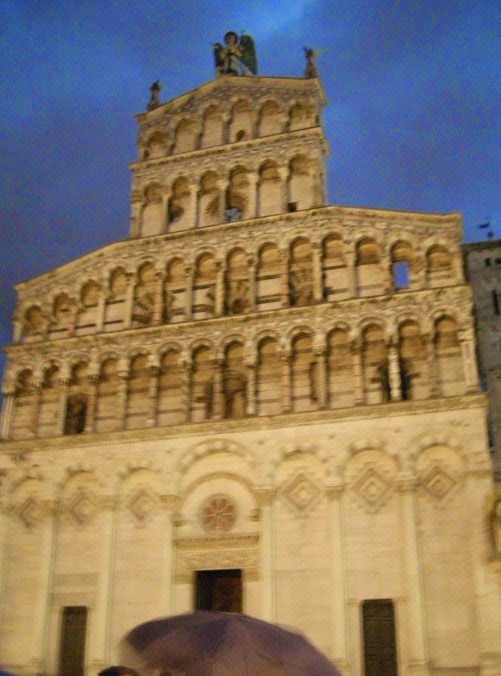 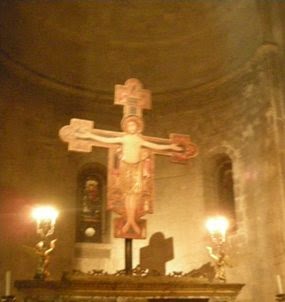 the crucifix in the church of San Michele 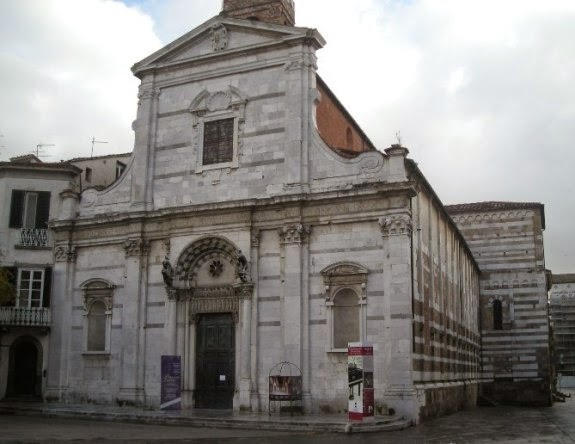 In the basement of the church of Santa Reparata are several archaeological remains and tourists can take a journey through the centuries. 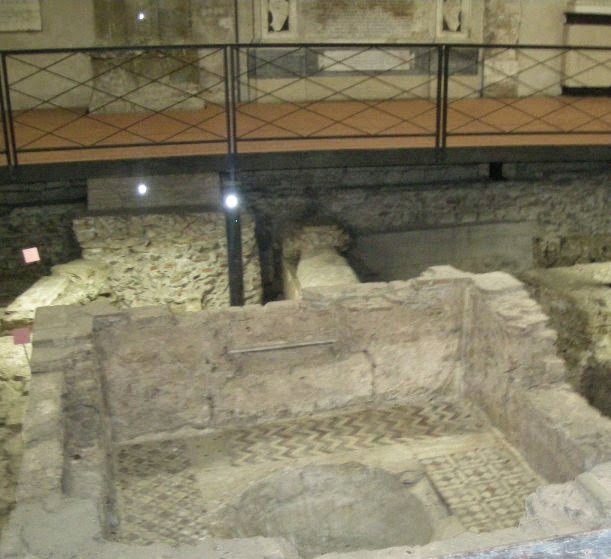 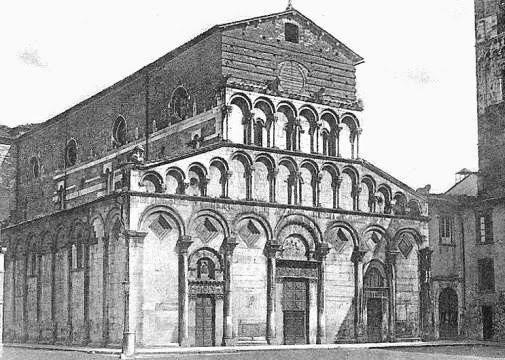 But there are other nice old churches and other monuments. 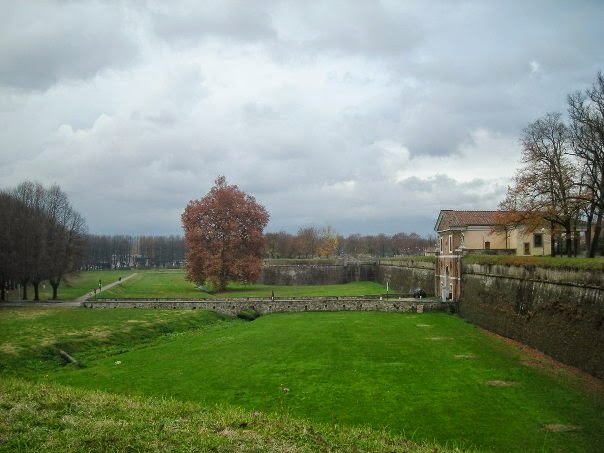 gardens and walls in Lucca-photo ap 2012

Lucca is not big city. Several tourists rent bicycles to visit the monuments and the beautiful gardens around the ancient walls.
Finally, many people eat at the restaurant good soups spelled (farro) and loves the music of Giacomo Puccini. The great musician was born in Lucca in 1858 and there are often concerts in some churches.


books by Alpav in Lulu
Posted by alpy at 12:10 No comments: