In Florence at the Uffizi Museum from 22 March to 18 August 2016 there will be an exhibition on the colored wooden sculpture of the  fifteenth century. 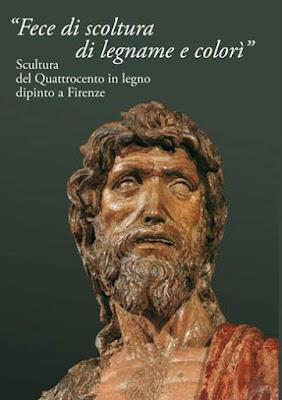 At the event it will be exhibited over 40 sculptures by different artists. In the Renaissance period also important sculptors realized these works of art. Often the sculptures were devotional. 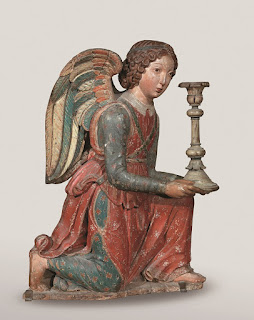 At the end of the fifteenth century some great art workshops, stimulated by the demands of the market, specialized in the realization of crucifixes in churches, convents and private homes.
In this sculptural field were many active: the brothers Giuliano and Benedetto da Maiano, the Sangallo, the Del Tasso and Baccio da Montelupo.
At that time, other artists, however, considered important only marble sculptures. In fact, in Florence were very relevant examples of marble sculptures. 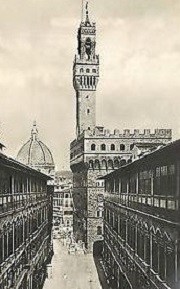 Uffizi museum and other old buldings in Florence

On the initiative of a bank foundation in Perugia from December 2015, visitors can see an important collection of works of art. 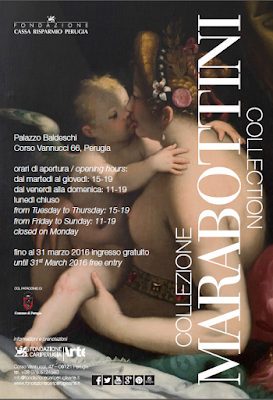 The collection of about 700 paintings and other works was created by Alessandro Marobottini, university professor of art history.
The exhibition is like that of a house museum. Most important is the graphic art collection.
The new museum is located in Baldeschi building in central Corso Vannucci. 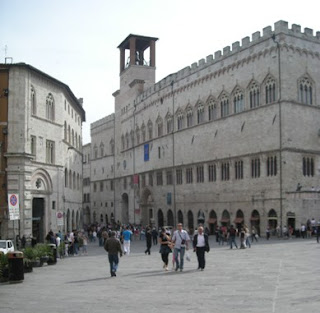 the center of Perugia, photo ap 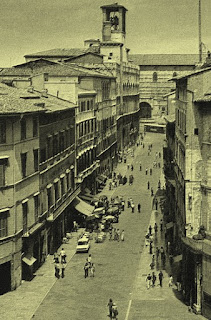 books sold by Barnes and Noble and other stores
Some books in Lulu.com
Posted by alpy at 04:16 No comments: 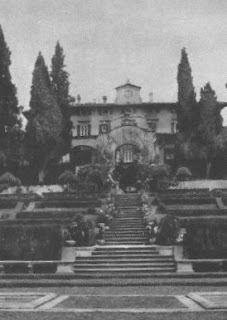 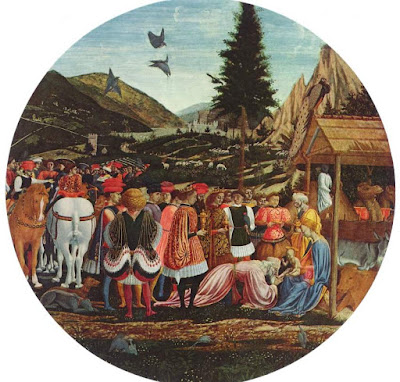 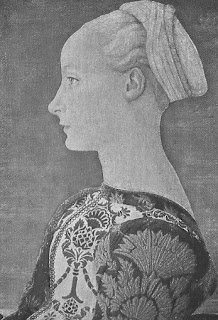 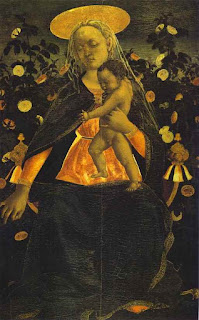 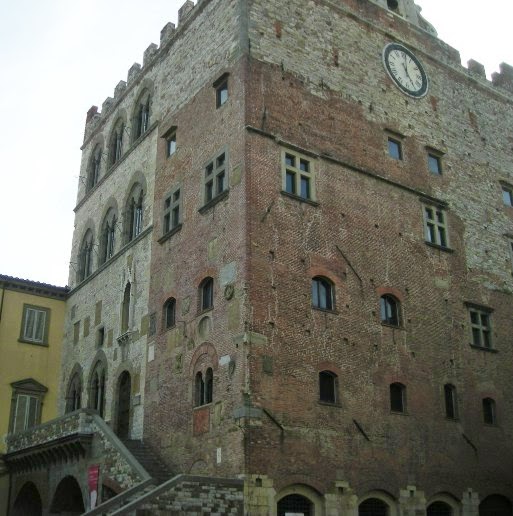 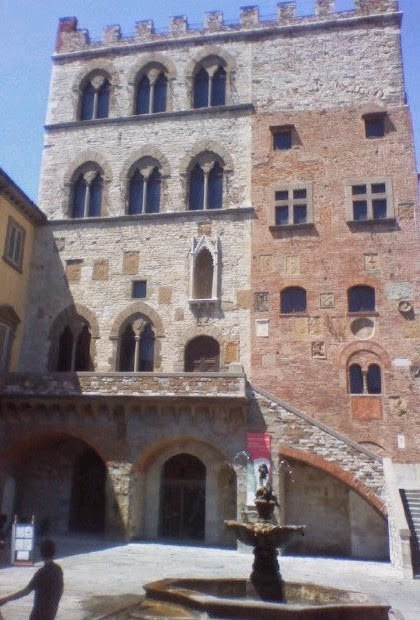 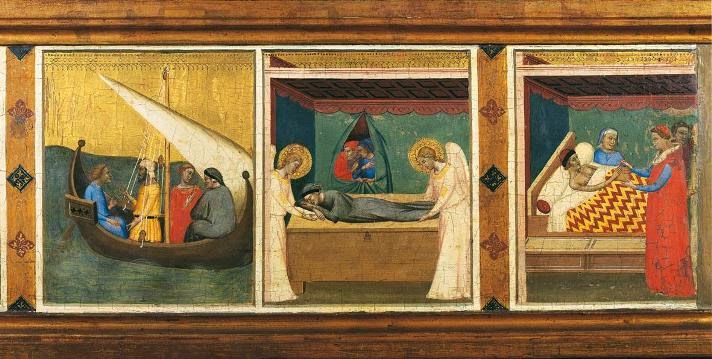 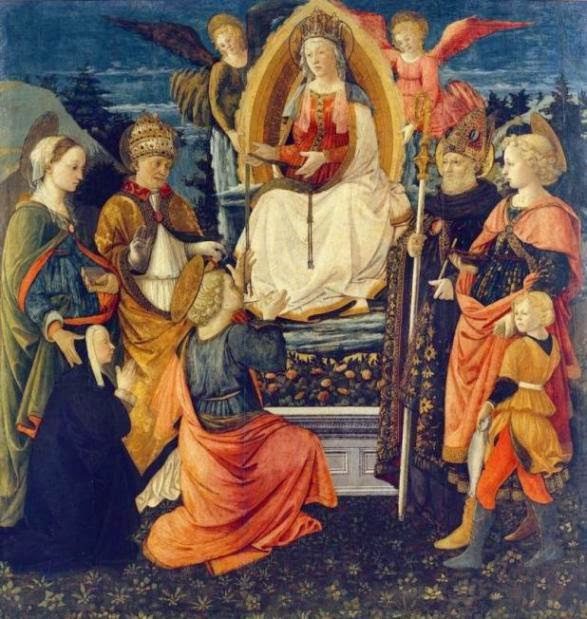 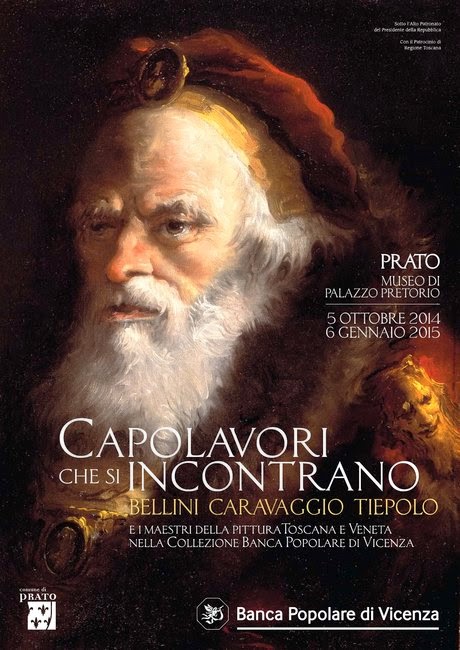 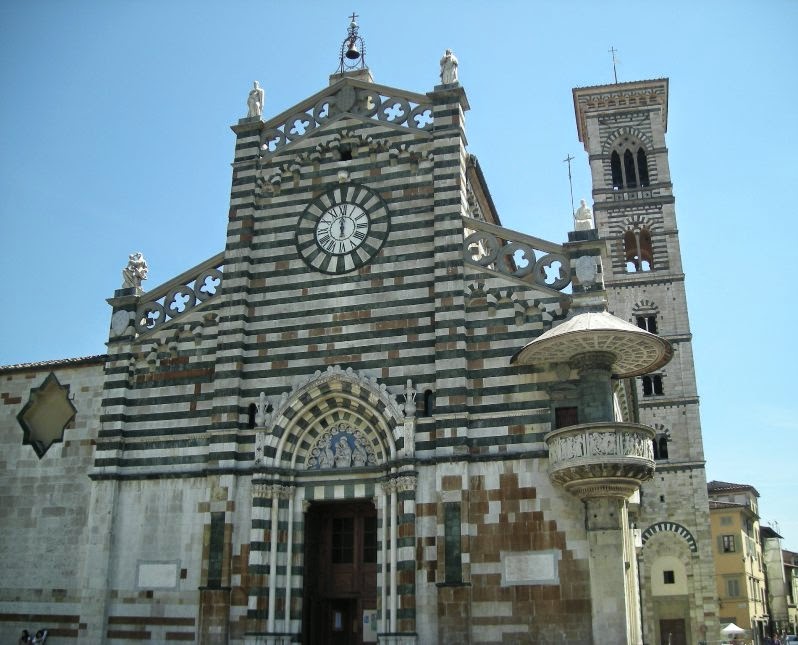 books by Alpav in amazon 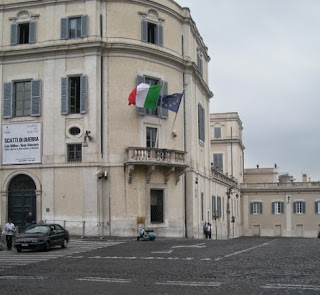 Rome, Scuderie Quirinale, exhibition year 2006
In fact, the paintings of this artist are not many and they are all beautiful. Antonello was born in Sicily around the year 1430 and died in 1479. Many of his works are in museums in the world, but some important paintings are still in Sicily.
For ancient historical events, a painting by Antonello is in the city of Sibiu in Romania. In this city of Transylvania, Samuel von Brukenthal created (XVIII century) an important collection of art. 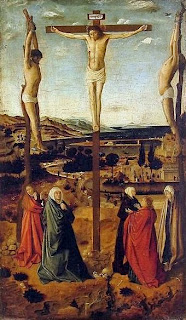 the famous Crucifixion-Sibiu - Brukental Museum
The catalog of a museum in Bucharest (Mnar) attributed to Antonello da Saliba (relative to Antonello da Messina), a painting with the Madonna and the Child. 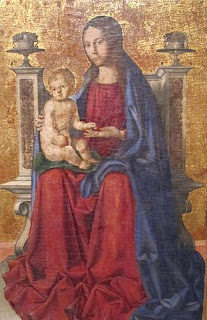 peinture od Antonello da Saliba
In 2008, Bucharest was organized a small exhibition of works by Antonello da Messina.
°°°°
The occasion is good to remember two famous paintings by Antonello visible at Palermo and Cefalu. 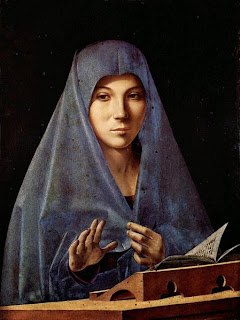 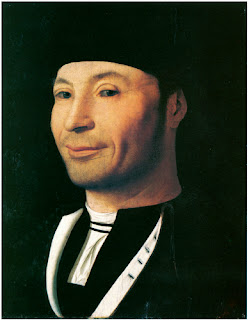 all photos by wikipedia/wikimedia
Article in italian language: Antonello in Naples
Posted by alpy at 07:32 No comments: